A fungus is a member of a large group of eukaryotic organisms that includes microorganisms such as yeasts and molds, as well as the more familiar mushrooms. These organisms are classified as a kingdom, Fungi, which are separate from plants, animals, and bacteria. One major difference is that fungal cells have cell walls that contain chitin, unlike the cell walls of plants, which contain cellulose. These and other differences show that the fungi form a single group of related organisms, named the Eumycota (true fungi or Eumycetes), that share a common ancestor (a monophyletic group). This fungal group is distinct from the structurally similar myxomycetes (slime molds) and oomycetes (water molds). The discipline of biology devoted to the study of fungi is known as mycology, which is often regarded as a branch of botany, even though genetic studies have shown that fungi are more closely related to animals than to plants. 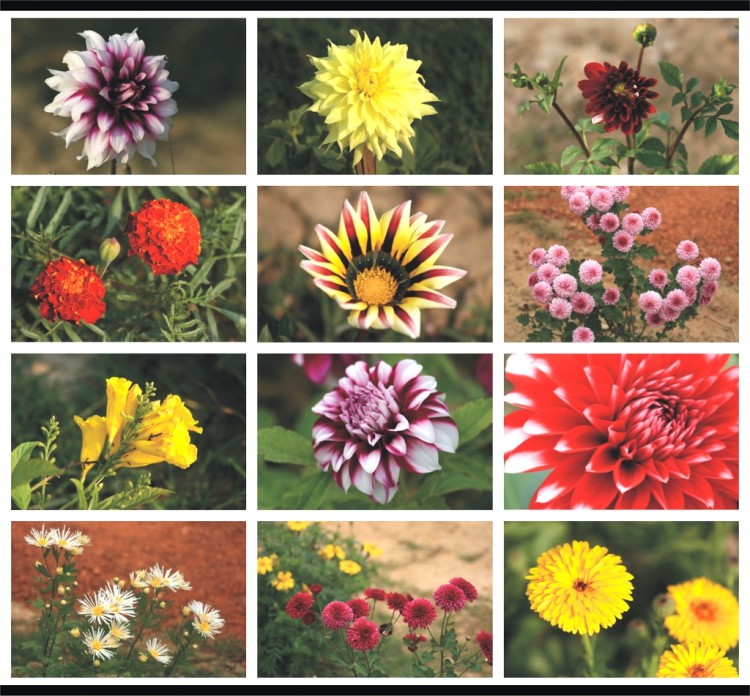 Flowers Over At Project “monchasha”

The drongos are a family of small passerine birds of the Old World tropics, the Dicruridae. The name is originally from the indigenous language of Madagascar, where it refers to local species, but is now used to refer to all members of the family. The family is usually treated as having two genera, Chaetorhynchus and Dicrurus. These insectivorous birds are found in usually open forests or bush. Most are black or dark grey in colour, sometimes with metallic tints. They have long forked tails, and some Asian species have elaborate tail decorations. They have short legs and sit very upright whilst perched, like a shrike. Racket-tailed Drongos are the mimicry artists among birds. They can mimic the sound of other birds and some animals. They flycatch or take prey from the ground. Two to four eggs are laid in a nest high in a tree. Despite their small size, they are aggressive and fearless, and will attack much larger species if their nest or young are threatened. The word drongo is used in Australia as a mild form of insult tantamount to the term “idiot”, which may refer to the seemingly madcap attacks these birds are prone to launch.

The Indian Pond Heron or Paddybird (Ardeola grayii) is a small heron. It is of Old World origins, breeding in southern Iran and east to India, Burma, Bangladesh and Sri Lanka. They are widespread and common but can be easily missed when they stalk prey at the edge of small water-bodies or even when they roost close to human habitations. They are however distinctive when put to flight, the bright white wings flashing in contrast to the cryptic streaked olive and brown colours of the body. The camouflage is so excellent that they will often allow humans to approach very close before taking to flight, and this has resulted in folk names and beliefs that the birds are short-sighted or blind.

The Spotted Dove (Spilopelia chinensis) is a small and somewhat long-tailed pigeon which is a common resident breeding bird across its native range on the Indian Subcontinent and Southeast Asia. The species has been introduced into many parts of the world and feral populations have become established. This species was formerly included in the genus Streptopelia with other turtle-doves, but studes suggest that they differ from typical members of that genus. This dove is long tailed buff brown with a white-spotted black collar patch on the back and sides of the neck. The tail tips are white and the wing coverts have light buff spots. There is considerable plumage variations across populations within its wide range. The species is found in light forests and gardens as well as in urban areas. They fly off from the ground with an explosive flutter and will sometimes glide down to a perch. It is sometimes also called the Chinese Dove, Mountain Dove, Pearl-necked Dove or Lace-necked Dove.

The Green Bee-eater, Merops orientalis, (sometimes Little Green Bee-eater) is a near passerine bird in the bee-eater family. It is resident but prone to seasonal movements and is found widely distributed across sub-Saharan Africa from Senegal and The Gambia to Ethiopia, the Nile valley, western Arabia and Asia through India to Vietnam. They are mainly insect eaters and they are found in grassland, thin scrub and forest often quite far from water. Several regional plumage variations are known and several subspecies have been named. Like other bee-eaters, this species is a richly coloured, slender bird. It is about 9 inches (16–18 cm) long with about 2 inches made up by the elongated central tail-feathers. The sexes are not visually distinguishable. The entire plumage is bright green and tinged with blue especially on the chin and throat. The crown and upper back are tinged with golden rufous. The flight feathers are rufous washed with green and tipped with blackish. A fine black line runs in front of and behind the eye. The iris is crimson and the bill is black while the legs are dark grey. The feet are weak with the three toes joined at the base. Southeast Asian birds have rufous crown and face, and green underparts, whereas Arabian beludschicus has a green crown, blue face and bluish underparts. The wings are green and the beak is black. The elongated tail feathers are absent in juveniles.

Hornets are the largest eusocial wasps; some species can reach up to 5.5 cm (2.2 in) in length. The true hornets make up the genus Vespa and are distinguished from other vespines by the width of the vertex (part of the head behind the eyes), which is proportionally larger in Vespa and by the anteriorly rounded gasters (the section of the abdomen behind the wasp waist). The best known species is the European hornet (Vespa crabro), about 2-3 cm in length, widely distributed throughout Europe, Russia, and Northeast Asia.

The Pacific Golden Plover (Pluvialis fulva) is a medium-sized plover. The 23–26 cm long breeding adult is spotted gold and black on the crown, back and wings. Its face and neck are black with a white border and it has a black breast and a dark rump. The legs are black. In winter, the black is lost and the plover then has a yellowish face and breast, and white underparts. It is similar to two other golden plovers, Eurasian and American. Pacific Golden Plover is smaller, slimmer and relatively longer-legged than Eurasian Golden Plover, Pluvialis apricaria, which also has white axillary (armpit) feathers. It is more similar to American Golden Plover, Pluvialis dominica, with which it was once considered conspecific (as “Lesser Golden Plover”, see Sangster et al., 2002). The Pacific Golden Plover is slimmer than the American species, has a shorter primary projection, and longer legs, and is usually yellower on the back.

The Pied Kingfisher (Ceryle rudis) is a water kingfisher and is found widely distributed across Africa and Asia. Their black and white plumage, crest and the habit of hovering over clear lakes and rivers before diving for fish makes it distinctive. Males have a double band across the breast while females have a single gorget that is often broken in the middle. They are usually found in pairs or small family parties. When perched, they often bob their head and flick up their tail.

The Black-capped Kingfisher, Halcyon pileata, is a tree kingfisher which is widely distributed in tropical Asia from India east to China, Korea and Southeast Asia. This most northerly of the Halcyonidae is resident over much of its range, but northern populations are migratory and the wintering range extends to Sri Lanka, Thailand, Borneo and Java. This is a large kingfisher, 28 cm in length. The adult has a purple-blue back, black head and shoulders, white neck collar and throat, and rufous underparts. The large bill and legs are bright red. In flight, large white patches are visible on the blue and black wings. Sexes are similar, but juveniles are a duller version of the adult. The call of this kingfisher is a cackling ki-ki-ki-ki-ki.

The Collared Kingfisher (Todiramphus chloris) is a medium-sized kingfisher belonging to the family Halcyonidae, the tree kingfishers. It is also known as the White-collared Kingfisher or Mangrove Kingfisher. It has a wide range extending from the Red Sea across southern Asia and Australasia to Polynesia. It is a very variable species with about 50 subspecies.

The Common Kingfisher, Alcedo atthis, also known as Eurasian Kingfisher or River Kingfisher, is a small kingfisher with seven subspecies recognized within its wide distribution across Eurasia and North Africa. It is resident in much of its range, but migrates from areas where rivers freeze in winter. This sparrow-sized bird has the typical short-tailed, large-headed kingfisher profile; it has blue upperparts, orange underparts and a long bill. It feeds mainly on fish, caught by diving, and has special visual adaptions to enable it to see prey under water. The glossy white eggs are laid in a nest at the end of a burrow in a riverbank.

The Jungle Babbler (Turdoides striata) is an Old World babbler found in the Indian Subcontinent. They are gregarious birds that forage in small groups of six to ten birds, a habit that has given them the popular name of Seven Sisters or Saath bhai in Hindi with cognates in other regional languages which means “seven brothers”. The Jungle Babbler is a common resident breeding bird in most parts of the Indian Subcontinent and is often seen in gardens within large cities as well as in forested areas. In the past, the Orange-billed Babbler, Turdoides rufescens, of Sri Lanka was considered to be a race of this babbler, but is elevated to a species.

The Oriental Garden Lizard, Eastern Garden Lizard or Changeable Lizard (Calotes versicolor) is an agamid lizard found widely distributed in Asia. It has also been introduced in many other parts of the world. It is an insectivore and the male gets a bright red throat in the breeding season leading to a common incorrect name of “Bloodsucker”.

Checkered Keelback are both diurnal & nocturnal. It’s a water snake from the plains, abundant in water ways, such as flooded rice fields, ponds, lakes, marshes & rivers. They are very good swimmers. In dry hot conditions, they undergo aestivation in groups. In colder regions, it hibernates. They are known to be very aggressive. When threatened they attempt to bite, by flattening the head & the neck as Cobra. The bite may cause just wounds but it will not be toxic. They may also release an odor which has a bad smell. Keel Back snakes are oviparous. The gestation period is 55–67 days. Females guard the clutches of 30-70 eggs & the incubation period is 37–51 days & sometimes it may be even 90 days. The eggs may be laid under a rock or in side a hole near a water body. The Checkered Keel Back snakes are non-venomous.

This site uses Akismet to reduce spam. Learn how your comment data is processed.